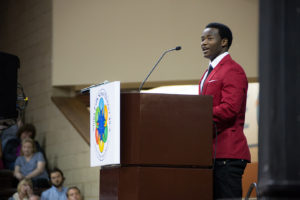 At times things do not turn out the way we have planned them. We get frustrated and confused with no sense of direction. It is in that moment when some people completely lose their dream or refocus on their dream.

I’ve had the opportunity to do some travelling this summer and it was great. However, I lost my focus of what I was trying to achieve. I forgot that what I was doing and the places to where I was traveling had been planned months in advance.

I looked at my calendar and it became clear to me that I did not put enough work into my business as I had planned. I began to find all kinds of excuses of why my business was not where I wanted it to be.

“When you lose, don’t lose the lesson.”
—Dalai Lama

When things do not go our way, we find excuses by weighing the outcome but we forget to weigh the income. Before you react to your circumstances ask yourself: “did I put in as much effort as I should have?” In most cases, you will find out that your worst enemy is you. I told myself, “you did not put in as much effort as you should have, that is why things did not turn out the way you wanted them to.”

When I became aware of that, I took my car keys and showed up at someone’s office. Lo and behold, I found out that the person I wanted to meet was available. I expressed my thoughts and vision of what I wanted to accomplish.

When you are struggling with something, chances are someone out there is waiting for you to show up so they can help you. Les Brown once said something that resonates with what I am trying to communicate: “ask for help not because you are weak, but because you want to remain strong.”

When you take action towards something, you are always better off than the person who did not bother to take action at all. You gain information and learn more than the other person who didn’t take action. We are living in the information-driven society. You have to keep learning and practicing what you preach to stand out. After my meeting, I obtained new insights and a new understanding of how to go about my goals. Of course, I obtained more information.

My action of randomly going to someone’s office finally turned out to be a huge break out for me. The person I went to meet reconnected me back to the same individual I have been trying to convince about my goals with my school district. Always get a second voice in what you are doing, because it will look better and people tend to react to it faster. That is why I have to do letter of recommendations to get accepted into universities or the workplace. 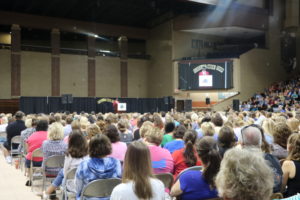 A few hours later, I got a phone call inviting me to meet with the new Sioux Falls School District Superintendent. We confirmed the dates and began talking business. You only get one shot to impress someone with your craft. The second time is always because someone has liked you enough to give you a second chance. But for me, there was no guarantee.

I took it to heart the opportunity I now had in my hands. I impressed the superintendent with my pitch, my passion, my vision of what I want to accomplish in my school district that he decided to curve out five minutes out of his planned speech for an upcoming event.

The school district welcoming event contains all district employees and is the biggest event of the year. The event had over 3,300 people in attendance and I was given the opportunity to speak in front of them—an opportunity I never saw coming.

The Actual Event
The superintendent of the Sioux Falls School District introduced me to the audience and as I carefully walked to the stage, I kept thinking to myself: “This is it.” I looked and smiled at this enormous crowd which included teachers, administrators, custodians and cooks.

I gave my well prepared speech from the center of my heart. I truly felt the words as I was saying them because they mean a lot to me. 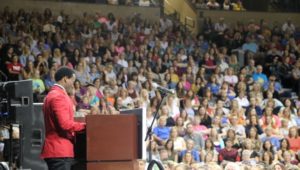 After concluding with one of my favorite statements, “I am the captain, the captain of my soul,” I saw people standing up as they were clapping. Instantly, I became aware that I, a child who grew up in a refugee camp in tattered clothes with a hungry appetite for 10 years was getting a standing ovation from 3,300 Sioux Falls School District employees. What a great way to end my summer and give my business an enormous boost!

Remember, “if there is no enemy within, the enemy outside can do you no harm.”
–African Proverb